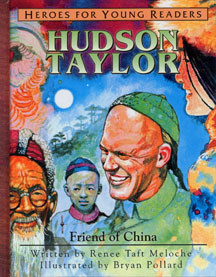 Others laughed at the idea of blond, blue-eyed Hudson Taylor (1832-1905) becoming a missionary to China. He was so pale, the Chinese would think he was a ghost! But Hudson knew that God had called him, and he believed that God would help him. His faith led to the founding of the China Inland Mission and firmly established the gospel in the hearts of Chinese people.

Whether reading for themselves or being read to, children love the captivating rhyming poems and unforgettable color illustrations of the Heroes for Young Readers series.