Is The World's Oldest Bible A Fake? 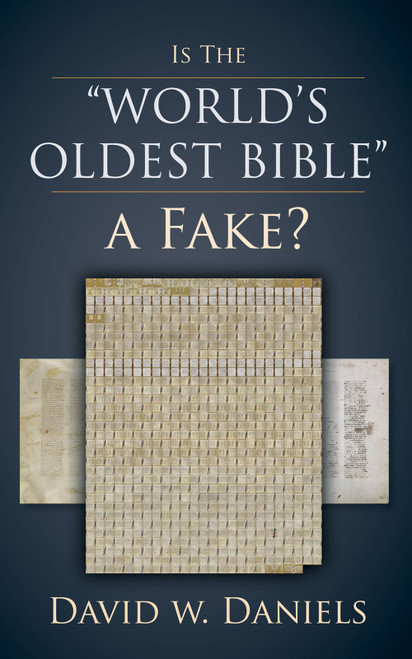 Is The World's Oldest Bible A Fake?

Is the World's Oldest Bible a Fake?

Modern Bibles have changed many verses because of the discovery of an "ancient" manuscript in a monastery on the Sinai Peninsula.

The manuscript, called Sinaiticus, is claimed to be the earliest complete copy of the New Testament. Its discoverer, who was a world leading Bible scholar in his time, told the world Sinaiticus was from the 4th century and that it was the "oldest and best" Bible available.

Publishers rushed to make new Bibles with many changes to match it.

But not everyone agreed. When this famed 19th century Bible scholar, Constantine Von Tischendorf, claimed the ancient date, a well-known Greek calligrapher said, "No! I made that document!" But why did no one believe him? Maybe it's because pages of the manuscript were stored where no one could view them, archived in exclusive collections across several continents.

Now, an international group has carefully photographed each page of Sinaiticus and is displaying it on the internet as high-quality digital images. For the first time, Bible scholars and students can see the entire manuscript together, as was never possible before. And what they are seeing with their own eyes is shocking. Some of the pages are white and look quite new, while others have been darkened to make them look very old. If they are all from the same "old" Bible, how can this be?

Researcher David W. Daniels proves with easy-to-understand evidence that the Sinaiticus is not the oldest manuscript and certainly not the best, either. He is also convincing in showing it's not old after all and that the Greek calligrapher did make it, in the 19th century.