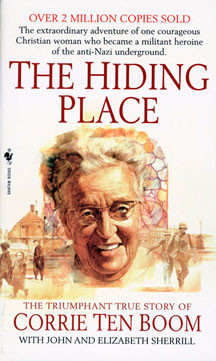 An amazing story of faith amidst the horrors of the Holocaust, The Hiding Place has a richly-deserved place among the "Christian classics." In this autobiographical account, Corrie ten Boom tells of her family's attempt to save Dutch Jews from a Nazi roundup - until their efforts were discovered and the entire family was sent to a concentration camp. Her father and sister would die in captivity, but Corrie would survive to write, and personally tell the story of God's love and forgiveness - even to her former Nazi captors!