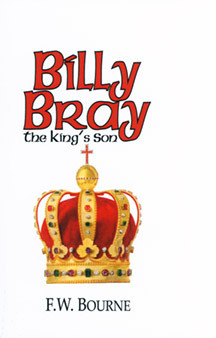 Born in 1794 near Truro, Billy served the devil with all his might in his early years, often drinking and frolicking the night away. He rarely came home sober on pay-day. But Bunyan’s Visions of Heaven and Hell awakened him to his lost condition, and after a period of conviction for sin he experienced a marvelous conversion. He became a wonder to all who knew him. "They said I was a mad-man," recalled Billy in later life, "but they meant I was a glad-man, and, glory be to God! I have been glad ever since."

As he had once been the instigator and ringleader in merriment and frolic, Billy now became an extremist for God. His liveliness of disposition, his power of repartee, and his mother-wit marked him out as an extraordinary preacher of the Gospel, and tales of the unique evangelism of eccentric "Little Billy" are legion in Cornwall. His favorite saying was, "I am the child of a King." Every Christian should read his story.