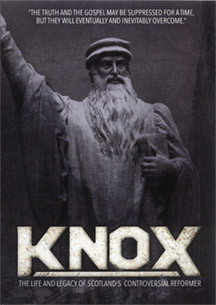 Renegade.  Reformer. Revolutionary.  Five centuries after his birth, the influence of John Knox can still be felt across his native Scotland and through the world.

Presented by Scottish actor Phillip Todd, "Knox" takes another look at the life and legacy of one of the church's great reformers.  Follow in the footsteps of John Knox from Scotland to Frankfurt and Geneva as he makes his epic journey from Catholic priest to a passionate Protestant preacher facing down the most famous Scottish queen of all time.

Incorporating dramatic animations and interviews with leading experts, the story of John Knox is brought to you as you've never seen it before.

Special features include production stills gallery, concept art gallery, behind the scenes at the Premiere, teaser trailer and more.