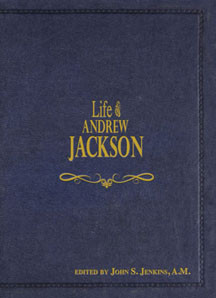 From wilderness pioneer to the perils of the oval office! Andrew Jackson was a popular hero and Americas seventh president. He was successful on the battlefield and exemplified the rough and hardy qualities of a frontiersman. His legacy is a controversial one due to his support for slavery and forced removal of Native Americans from their lands. Jacksons policies sought to change the balance of power by strengthening the presidency as well as promoting public interest and activity in the government.This reproduction of a rare 1847 biography was meticulously scanned to authenticate the look and feel of the original. This case-bound treasure holds precious historical information about one of Americas most controversial heroes. 395 pages.