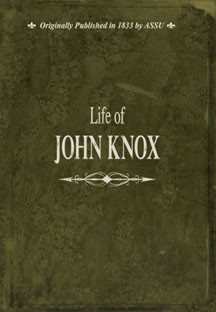 Rare vignettes featuring the Protestant Reformations fiercest defender! John Knox had a life of exciting adventure, harsh imprisonment, and brilliant scholarship. Fighting battles both political and religious, Knox bravely defied royalty, nobility, and the established power of the Papacy to speak the truth. A fiery and inspirational preacher, he fiercely upheld the authority of Scripture and salvation through Christs sacrifice. In perilous times, Knox risked his life daily in a fearless and tireless defense of the faith! This title was originally published by the ASSU, now called American Missionary Fellowship.